Starbucks Closes Stores And Expands All In The Same Day 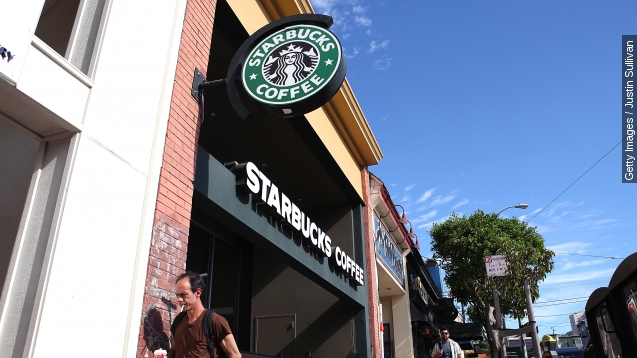 SMS
Starbucks Closes Stores And Expands All In The Same Day
By Katherine Biek
By Katherine Biek
June 17, 2015
Starbucks announced it was expanding its mobile ordering service and closing its La Boulange bakery locations all in the same day.
SHOW TRANSCRIPT

Starbucks seems to be getting smaller and expanding at the same time.

The coffee giant announced late Tuesday it's closing all 23 of its La Boulange bakery locations, which are all in California.

Starbucks purchased the French bakery chain for $100 million in 2012. With that acquisition, Starbucks also began selling La Boulange pastries at its coffee outlets.

The purchase seemed to have been paying off for Starbucks.

Not only has La Boulange grown from 19 locations in 2012 to 23, but in April Starbucks announced its sales of breakfast items had grown by 35 percent compared with sales in 2013.

So why the sudden decision to close all the stores?

In a press release, the coffee company wrote, "Based on our ongoing evaluations, Starbucks has determined La Boulange stores are not sustainable for the company's long-term growth."

Starbucks also sneakily included the news that it's closing its Evolution Fresh location in San Francisco.

Despite the closings, Starbucks still plans to sell La Boulange food and Evolution Fresh juice and smoothies in its coffee shops.

Now for the expansion part: Also on Tuesday, Starbucks announced it now wants its customers to rely even more heavily on its mobile ordering app.

Starbucks began testing its Mobile Order and Pay app back in Portland, Oregon, in December. By March, it'd expanded the system to include Starbucks locations in the Pacific Northwest. (Video via Engadget)

And now the mobile ordering system is available in 21 more states across the country.

So now customers at 4,000 U.S. Starbucks locations can order their coffee without ever having to stand in a line. Somehow, we don't think they mind too much.

This video includes images from Starbucks and Getty Images.