Starbucks Accused Of 'War On Christmas' With Cup Design 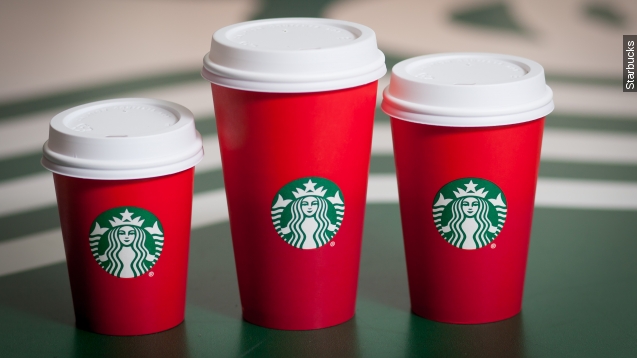 SMS
Starbucks Accused Of 'War On Christmas' With Cup Design
By Ryan Biek
By Ryan Biek
November 8, 2015
Some Christians are outraged that Starbucks' latest holiday cup features a plain red design instead of explicit references to Christmas.
SHOW TRANSCRIPT

Some Christians are outraged that Starbucks' holiday cup is without images of Christmas or Jesus Christ, opting instead for a fairly plain red design.

Looking at past cups, it's not as if they featured openly religious symbols before. A Christmas tree seems to be the most explicit Starbucks got.

The cups are leading some to call for a boycott, while others are calling for customers to say their name is "Merry Christmas" so baristas are forced to say it. Meanwhile, others support the cup design, or see it as trivial.

In a press release, the vice president of design and content said, “Starbucks has become a place of sanctuary during the holidays. We’re embracing the simplicity and the quietness of it. It’s a more open way to usher in the holiday.”

Earlier this year Starbucks launched its "Race Together" campaign to get customers talking about racism. The move also sparked controversy and was canceled days later.