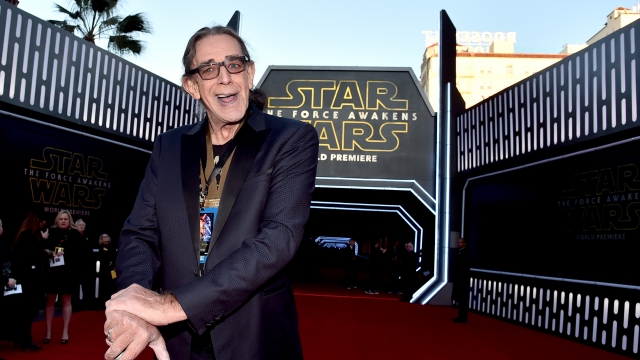 Mayhew starred in the iconic role in the original "Star Wars" trilogy, "Episode III" of the prequels and in "Star Wars: The Force Awakens."

Peter Mayhew, the original Chewbacca, died Tuesday at the age of 74.

His family announced the actor's passing in a statement on Twitter on Thursday. They did not state a cause of death. Mayhew was born with Marfan Syndrome, a genetic disorder that attributed to the actor's towering 7 foot, 3 inch height.

His family wrote in a statement: "He put his heart and soul into the role of Chewbacca, and it showed in every frame of the films, from his knock-kneed running, firing his bowcaster from the hip, his bright blue eyes, down to each subtle movement of his head and mouth. But, to him, the Star Wars family meant so much more to him than a role in a film."

Mayhew's costar Mark Hammill expressed his condolences on Twitter, writing: "He was the gentlest of giants — A big man with an even bigger heart who never failed to make me smile & a loyal friend who I loved dearly — I'm grateful for the memories we shared & I'm a better man for just having known him."

Mayhew is survived by his wife and three children.