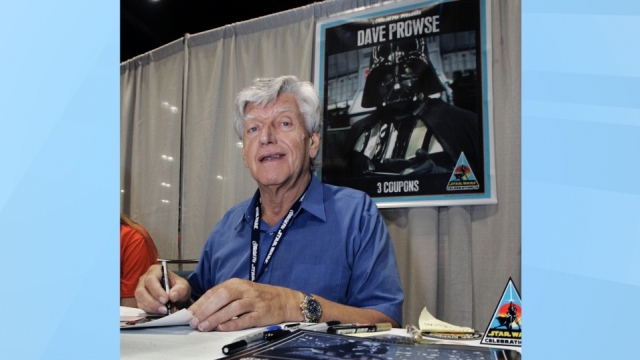 He was the body, though not the voice, of Darth Vader in the original "Star Wars" trilogy.

Prowse died Saturday after a short illness, according to his agent.

The three-time British weightlifting champion was initially asked to audition for either Wookie Chewbacca or Darth Vader. Prowse later told BBC he chose Darth Vader because "you always remember the bad guys."

Physically, Prowse was perfect for the part, but his English West Country accent was considered less ideal so his lines were dubbed by James Earl Jones.

Additional reporting by Jill Lawless of The Associated Press.