Box Office Top 3: Bad Week For 'Birth Of A Nation' (And Its Star) 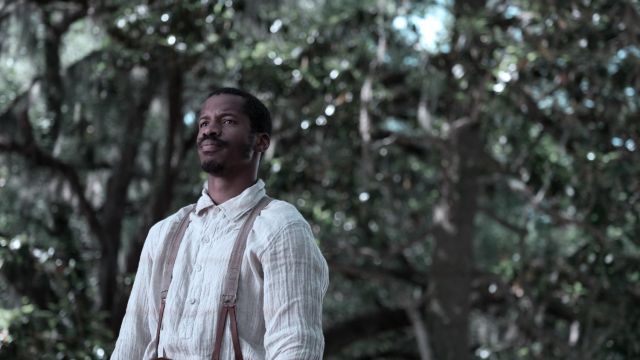 SMS
Box Office Top 3: Bad Week For 'Birth Of A Nation' (And Its Star)
By Jamal Andress
By Jamal Andress
October 9, 2016
While "The Girl on the Train" took the No. 1 spot this week, Nate Parker's highly anticipated "The Birth of a Nation" didn't crack the top three.
SHOW TRANSCRIPT

No matter what the competition might be, when it comes to the box office, it looks like you just can't beat good old-fashioned crazy.

Taking the No. 1 spot this week is Emily Blunt's "The Girl on the Train," bringing in an estimated $24.7 million in its debut — a really great opening for this not so great movie.

Critics seem to agree this film doesn't really capture its audience the way the Paula Hawkins novel it's based off does. "The Girl on the Train" can't even make it to the halfway mark on Rotten Tomatoes' Tomatometer.

In stark contrast is "The Birth of a Nation," which scored terrific reviews, was a Sundance darling and still managed to struggle at the box office.

Controversy regarding a 1999 sexual assault allegation has swirled around actor, director and producer Nate Parker throughout the weeks and during the week leading up to the release of "The Birth of a Nation," and with a modest $7 million debut, it seems the film is suffering because of it.

Aside from the success of "The Girl on the Train" and the bust of "The Birth of a Nation," the rest of the box office looks just like last week.

Taking the No. 2 spot is "Miss Peregrine's Home for Peculiar Children," bringing in about $15 million in its second week out.

And last, but not least, is Mark Wahlberg's "Deepwater Horizon," earning more than $11.7 million.

As for next week, the docket is full, but I can tell you for certain which movie I'm not going see: "Max Steel."