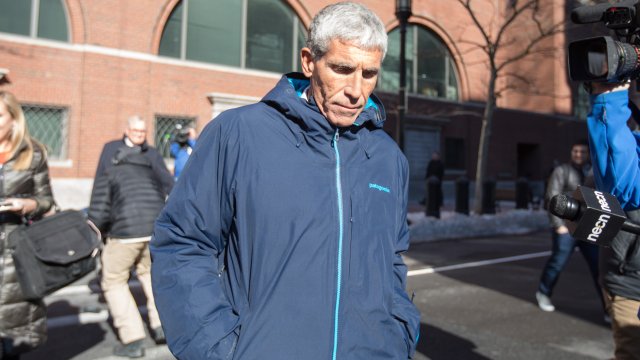 The mastermind behind the college admissions scandal approached seven Stanford University coaches, according to the school.

Stanford conducted an external investigation and found ringleader Rick Singer tried to recruit the coaches to take part in the massive fraud scheme as early as 2009. Only one took the bait: John Vandemoer, the sailing coach who was subsequently fired. The school didn't identify the other coaches targeted.

According to the school, Vandemoer tried to get two students into Stanford through the sailing program but neither were admitted. He later pleaded guilty to racketeering charges.

The federal investigation called "Operation Varsity Blues" uncovered the largest college admissions scam ever. At least 50 people paid Singer anywhere from $200,000 to $6.5 million. He, in turn, would get their children into elite schools such as Yale, Stanford or Georgetown by manipulating test scores or creating fake athletic credentials.

Stanford said it will conduct a review within 18 months to see how well the school adopted several policies to prevent future scams. Those polices includes clarifying language that reiterates admission cannot be bought. It also promised to improve the vetting of donors when they make large athletics donations.