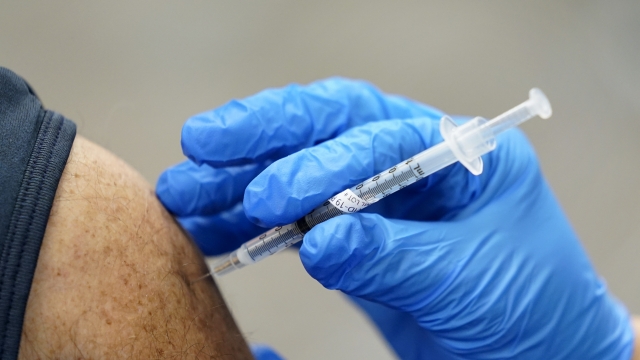 Every minute, about two people die in the U.S. from COVID-19. Across the country, hospitals are strained, and workers are exhausted.

"I've been here 21 years and I've seen more people pass away in the last week — in the past couple weeks really — then almost combined in all of my career as a nurse. It's been really hard physically and emotionally," Donna Rottschafer, a COVID unit nurse, said.

This weekend, California hit a record of nearly 700 people dying in one day and 30,000 deaths since the pandemic started nearly a year ago. The rush is underway to get more people protected with vaccinations, quickly.

"I would strongly encourage that we move forward with giving states the opportunity to be more expansive in who they can give the vaccine to particularly as more supplies become available," said Stephen Hahn, FDA commissioner.

Monday marks the last day for testing at Dodger Stadium, the nation's largest COVID-19 testing site, as the city of Los Angeles pivots to mass vaccinations.  Stadiums across the country are being converted to vaccine sites. In the Midwest, a convention center that handled election recounts a month ago is now being set up for Moderna and Pfizer shots.

"We are going to see dramatic increases in the number of doses we will receive," Milwaukee Mayor Tom Barrett said.

New York is opening 15 vaccine sites this week, some open 24-7 as the state expands its COVID-19 vaccine program.

"This is how to get shots into arms as quickly as possible," said New York Health Commissioner Dr. Dave Chokshi.

Over the next few days and weeks, pop-up sites at school buildings and other locations in New York City will join the list of vaccination sites in the city.

President-elect Joe Biden has promised to distribute even more doses, instead of holding back some vials for the second booster dose, as the Trump administration has done. That plan could have it’s own downside if not enough second doses are available and people have to wait to get them.

"Giving the one dose and delaying the second dose beyond what was delivered in the clinical trials, we take a risk of those individuals not necessarily being protected sufficiently," said Dr. Norman Baylor a former director of the FDA's Office of Vaccines Research and Review.

The reason why that timeline of the second dose is so important? That’s how the max protection of 94% to 95% is sure to work. In Moderna’s late-stage trials, the first dose provided between 80% to 90% efficacy after 28 days. Pfizer said the late-stage trial found its shot was about 52% effective after the first dose.