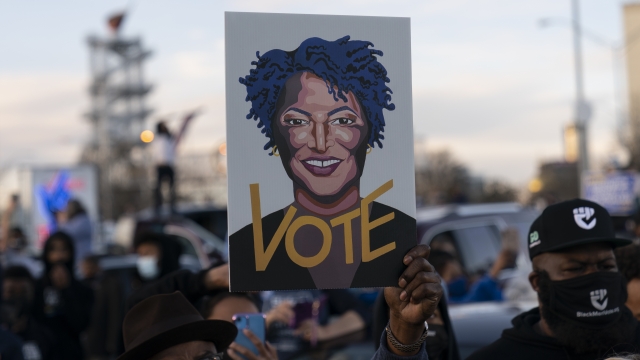 Stacey Abrams is calling for the Senate to make election reform legislation exempt from a filibuster.

Earlier this month, the House passed the bill, which is aimed at increasing voter turnout. It comes as Republicans in several states are working to make it harder for people to vote.

Abrams, a former candidate for Georgia governor, calls the efforts by the GOP a "redux of Jim Crow."

"It's not that there was a question of security. In fact, the secretary of state and the governor went to great pains to assure America that Georgia's elections were secure," she said. "So the only connection that we can find is that more people of color voted and it changed the outcome of elections in a direction that Republicans do not like."

The option for a filibuster has already been scaled back. It no longer applies to judicial or cabinet appointments and some budget measures.