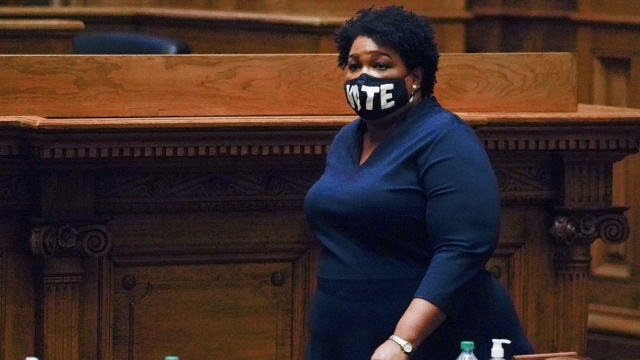 A proposed compromise on voting rights now has the support of a key advocate.

Stacey Abrams says she "absolutely could" support Senator Joe Manchin's proposed changes to the Democrats' elections package and that she'll look to senate democratic leaders to build on it to protect voters and reverse state-level restrictions.

Abrams said: "Basic building blocks that we need to ensure that democracy is accessible no matter your geography. Those provisions that he is setting forth are strong ones that will create a level playing field, will create standards that do not vary from state to state and, I think, will ensure that every American has improved access to the right to vote despite the onslaught of state legislations seeking to restrict access to the right to vote."

But the top Republican in the Senate calls Manchin's changes unacceptable and says the legislation isn't necessary at all.

Minority Leader Mitch McConnell said: "I've taken a look at all these new state laws, none of them are designed to suppress the vote. There is no rational basis for the federal government trying to take over all of American elections.

McConnell says doesn't expect the bill to get support from Republicans, which would be necessary to overcome a filibuster in the Senate.