St. Louis Sues The Rams And The NFL Over The Team's Exit From The City 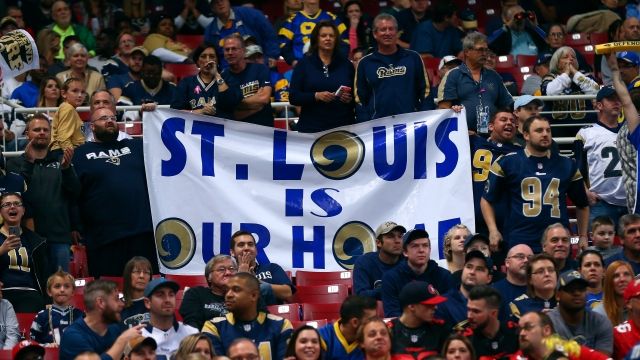 SMS
St. Louis Sues The Rams And The NFL Over The Team's Exit From The City
By Grant Suneson
By Grant Suneson
April 12, 2017
St. Louis claims Rams owner Stan Kroenke lied about ever intending to keep the Rams in Missouri.
SHOW TRANSCRIPT

The Rams may have relocated to Los Angeles, but St. Louis isn't done with its former football team just yet.

The city of St. Louis sued the Rams, owner Stan Kroenke, the NFL and all of its teams and owners over the Rams' move to LA. The suit accuses Kroenke of misleading the city about his intentions to leave.

The suit says the Rams broke NFL rules by not giving St. Louis fair consideration when determining the future of the team. 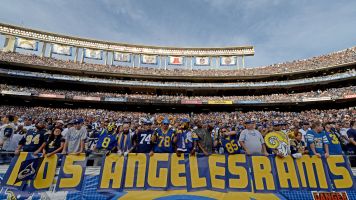 Kroenke promised to stay in Missouri, but St. Louis claims he was already eyeing Los Angeles and never gave St. Louis a fair shot. It also accuses Kroenke of neglecting the stadium because he knew he was leaving.

The suit cites a quote from former coach Jeff Fisher, who said he was told the move could happen before he was hired in 2012.

The NFL responded by saying the lawsuit has no basis, essentially claiming the city was just upset about losing its football team.

St. Louis said it lost $10 million to 12 million in tax revenue and $100 million in net proceeds without its NFL team. It wants more than $1 billion in damages.