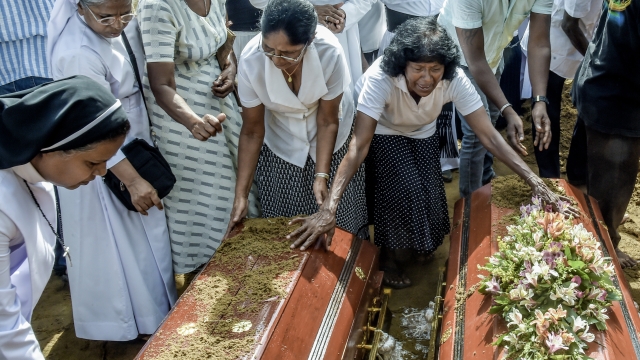 Authorities in Sri Lanka are taking drastic measures to find and remove terrorists after last week's deadly attacks: searching every household in the entire country.

In a statement released Friday, Sri Lanka President Maithripala Sirisena said, "The lists of permanent residents of every house will be established to ensure no unknown persons could live anywhere."

Authorities say multiple suicide bombers carried out the attacks on Sri Lankan churches and hotels Sunday, which killed about 250 people.

The president said he'll "completely reorganiz[e] the security services" of the country after confirming the defense secretary and police chief agreed to resign. The two were reportedly warned about the attacks before they happened, but failed to inform the president and prime minister.

Sirisena says he suspects the terrorists are angry about the recent anti-drug campaign he launched, saying there's a connection "between international terrorism and international drug trade." The president said the terrorists may have targeted churches after a top Sri Lankan cardinal of the Catholic Church voiced support for the campaign.

Sunday church services in the country have been suspended for the time being, though some mosques still opened their doors for Friday prayer. Multiple countries have issued travel warnings to Sri Lanka amid the ongoing terror threat. The U.S. upped its advisory to the country to a level 2: Exercise increased caution. And the U.K. issued a warning advising "against all but essential travel to Sri Lanka."