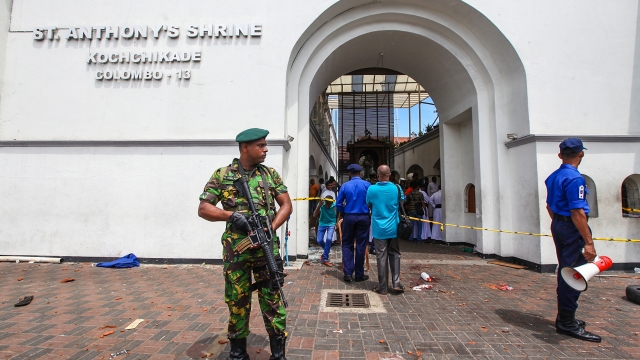 Officials in Sri Lanka say they believe a local Islamist militant group is responsible for the deadly terror attacks that took place on Easter Sunday.

The country's health minister accused National Thowheed Jamath of orchestrating the attacks, which were mostly carried out by suicide bombers. He said the group probably had support from outside the country. Still, as of Monday morning, no one had claimed responsibility.

At least eight explosions in Sri Lanka left nearly 300 people dead and injured 500 others Sunday morning. The attacks killed both locals and foreigners. They marked the worst violence in the country since the end of Sri Lanka's civil war in 2009.

The first wave of attacks happened at three Catholic churches during Easter services. Then, a second round of explosions hit three hotels. In the afternoon, two more blasts hit another hotel and a house.

Authorities say 24 people have been arrested in connection with the attacks. Sri Lanka's president has declared a nationwide state of emergency and asked for international assistance in investigating the blasts.