Sri Lanka Authorizes A Return To Social Media After Attacks 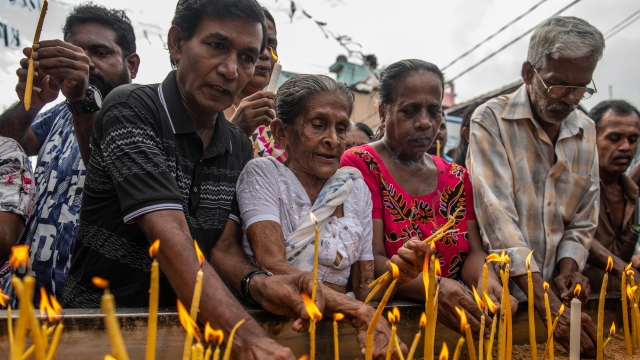 SMS
Sri Lanka Authorizes A Return To Social Media After Attacks
By Peter Hecht
By Peter Hecht
April 30, 2019
The government banned use of social media after deadly Easter Sunday explosions because of concerns about hate speech inspiring terrorism.
SHOW TRANSCRIPT

The Sri Lankan government says people can start using social media again. It's one return to normalcy for the country still on edge and high alert after devastating Easter Sunday bombings.

The government imposed a sweeping social media ban after the suicide bombings at churches and hotels that killed more than 250 people. The attacks spurred concerns over the role that social media can play in fanning dangerous hate speech that may provoke such attacks or acts of retribution afterward.

In a statement lifting the ban, the government urged caution. It told the public: "Use social media responsibly, even though the ban is lifted, due to the prevailing situation in the country."

The bombers were linked to a local ISIS affiliate. Sri Lankan police say they have detained 59 people for questioning and recovered scores of weapons in several raids since the attacks.