Squishy Lego-Like Toy Gets Stuck In Kids' Hair, And Parents Are Mad 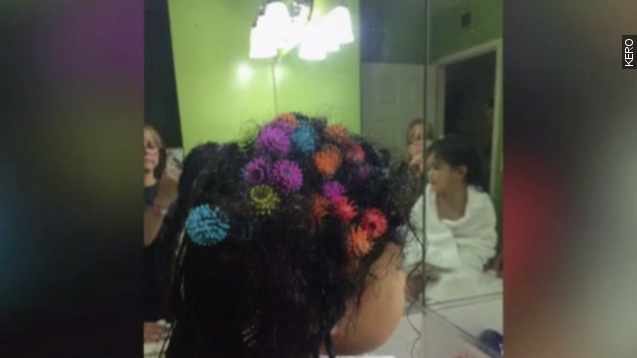 SMS
Squishy Lego-Like Toy Gets Stuck In Kids' Hair, And Parents Are Mad
By Christine Slusser
By Christine Slusser
December 28, 2015
Parents haven't been forgiving when a soft building toy called Bunchems gets tangled in their kids' locks, leading to a few early haircuts.
SHOW TRANSCRIPT

A toy called Bunchems — which is comparable to flexible, squishy Legos — forced one girl to get a haircut after the product got stuck in her hair.

"They're Bunchems! The amazing, new shapeable bends that stick and stay, then pull away for endless play!" the Bunchems ad said.

The problem is the Bunchems didn't want to pull away from 4-year-old Mayson's hair.

"It seemed like it was never going to end. Some of them seemed like I was going to have to cut a chunk of her hair out," Mayson's mother Jaquel Calaustero told KERO.

And Bunchems must be aware of the hair issue; it posted a removal video on its YouTube page in August.

But Mayson's family told Newsy's partners at KERO they tried what the company suggested and were even desperate enough to try WD-40.

"I could not believe after reading everything that that toy is still being sold without anymore consumer protection notification," said Vince Calaustero, Mayson's grandfather.

"The family eventually resorting to splitting the balls in half with wire cutters to get them out. Mayson lost a lot of hair during the process," the KERO reporter said.

Forty-two percent of people gave the product a one-star rating on Amazon.com, many complaining it got stuck in their kids' hair. There are quite a few pictures of Bunchems balls tangled in knotted messes. One reviewer called the product "A Toy Spawned From the Darkest Depths of Hell."

On the Bunchems support page, it says the toy is meant to adhere to other Bunchems — not your hair. And the box says it, too.

But you try telling kids not to make a crown and put it on their heads.