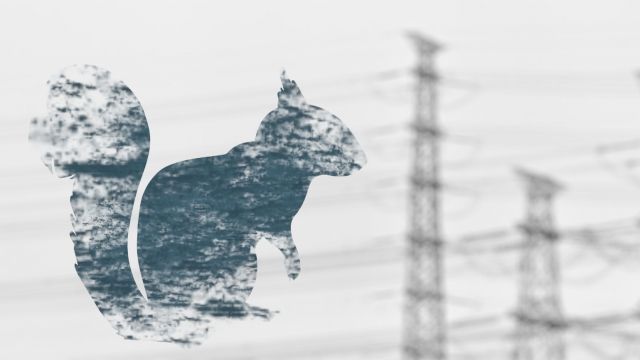 SMS
Squirrels Are Bushy-Tailed National Security Threats
By Evan Thomas
By Evan Thomas
January 19, 2017
With all the hand-wringing over cyberattacks, you might have missed that squirrels have done way more damage to the national grid.
SHOW TRANSCRIPT

One of the biggest threats to the U.S. power grid isn't state actors or natural disasters. It's that little gray mammal invading your bird feeder.

Security researcher Cris Thomas runs the numbers on grid attacks, and he wants to remind us that squirrels are way more problematic than any cyberattack has been so far. 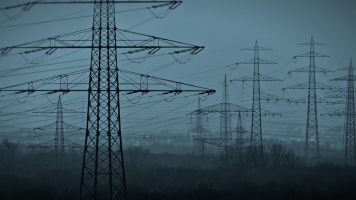 They've taken out bits of the grid more than 850 times since Thomas started counting in 2013. For comparison, officials have confirmed that cyberattacks on physical hardware have worked only twice: Stuxnet in Iran in 2010, and when hackers knocked out the power in Ukraine in 2015. Security researchers believe a third attack took place outside Kiev in 2016.

In fact, it's difficult to know the severity of our squirrel sabotage problem, because it happens so frequently. Utility industry groups say they're the most common cause of grid trouble: They cause 1 of every 5 outages.

One ill-fated squirrel can knock out power for thousands of customers or even trip up whole financial markets. Squirrels have short-circuited NASDAQ not once, but twice — from the same city in Connecticut.

So what is it about squirrels that makes them so uniquely suited to this mayhem? There's at least one species of climbing squirrel just about everywhere in the continental U.S. They're inquisitive and tenacious, and they gnaw on everything, because their teeth never stop growing.

And to a squirrel, these tall power structures are a lot like trees. Food sources like insects and nuts can collect in transformers, those transformers are decent shelter, and tall power lines give good access to any actual trees nearby.

Squirrels looking for food or shelter aren't as malicious as cyberattacks, of course. And while Thomas says the risk of a cyberattack is valid, it doesn't match the hype we've built around the possibility — especially when problems caused by local wildlife are much worse.