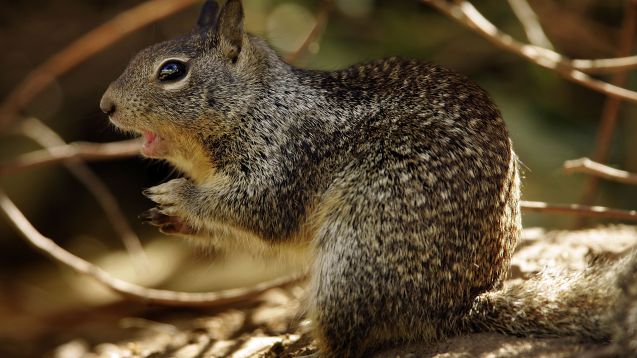 Warning signs have been posted in Lake Tahoe asking people to report dead rodents that could be affected.

It's pretty rare for humans to contract plague nowadays, but there have been more cases than usual this year.

Colorado, Arizona and New Mexico are a few states with reported cases this year.

Just last month a campground at Yosemite National Park was closed to spray for plague-carrying fleas after a child was infected during a summer camping trip.

It's unclear why there has been an increase.

A professor at UC Davis suggested drought could be a factor in an interview with LiveScience.

The low food supplies could be pushing little critters to look for food closer to humans.

And warm weather could be helping the flea population grow.

Plague is consistently found in rodents near California and the Southwest.

Other wild animals like rabbits and foxes can carry plague, but are less likely to pass it on to humans.