Squashing Mosquitoes Might Be Key To Fighting Zika In The US 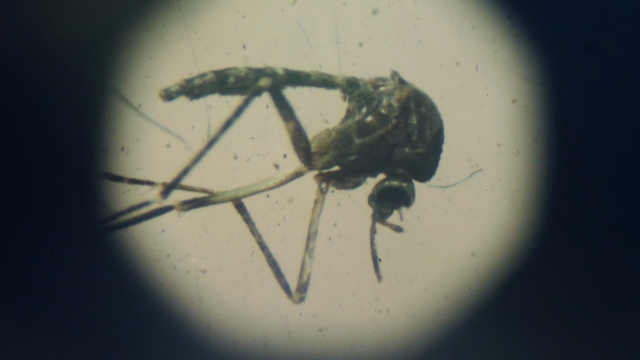 SMS
Squashing Mosquitoes Might Be Key To Fighting Zika In The US
By Ben Lawson
By Ben Lawson
April 2, 2016
U.S. officials say more needs to be done to control mosquito populations and prevent the Zika virus from spreading at home.
SHOW TRANSCRIPT

Federal agencies are telling state and local officials to get ready for possible Zika virus outbreaks when mosquito season hits.

Officials don't expect Zika levels in the U.S. to spike to the levels seen in Latin America and the Caribbean, but they believe there will be small clusters of outbreaks, particularly in Florida and Texas.

Now, the focus is on eliminating the type of mosquitoes most likely to carry the virus, Aedes aegypti. That may be a challenge because officials say counties might only have a handful of people working on mosquito control.

In order to get a handle on the Zika-carrying mosquitoes, officials say they need better mapping of where they are — and a lot more funding.

The director for the Centers for Disease Control and Prevention has repeatedly called for congressional funding to fight the virus, and in February, President Barack Obama asked Congress for roughly $2 billion in aid, though Congress hasn't voted on anything yet.

Officials also want to use that money to develop faster testing methods. Currently, it takes up to a week to get results.

Zika itself isn't usually life-threatening, but it's increasingly linked to serious birth defects in pregnant women who have the virus.

This video includes clips from ABC and KABC and images from Getty Images.