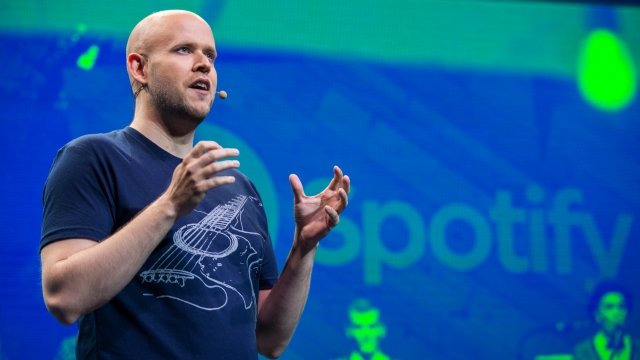 SMS
Spotify Will Finally Tell You Who Wrote That Song You're Listening To
By Casey Mendoza
By Casey Mendoza
February 2, 2018
Spotify has been accused of not recognizing, or even paying, the songwriters it gets its music from.
SHOW TRANSCRIPT

Spotify is now recognizing an "unsung" group in the music industry: songwriters.

On Friday, the music streaming company released a new credits feature for its desktop app that actually shows who wrote and produced the music you're listening to. This is a big deal for Spotify — which hasn't always recognized, or even paid, the songwriters it gets its music from.

Last summer, Spotify paid $43 million to settle a class action suit from songwriters who accused the streaming company of not licensing or paying them for their music.

Spotify is now facing four similar lawsuits — one of those could cost the company $1.6 billion. That suit comes from a company that represents artists like Tom Petty, Neil Young and Missy Elliott. It accuses Spotify of taking a shortcut to get rights to sound recordings but not to compositions.

It's unlikely Spotify's new "credit" feature will change the tune of those legal battles, but at least it recognizes more people behind the scenes.

In Spotify's announcement, songwriter Ali Tamposi said: "We're all artists in our own right, and every artist appreciates being recognized for their hard work."