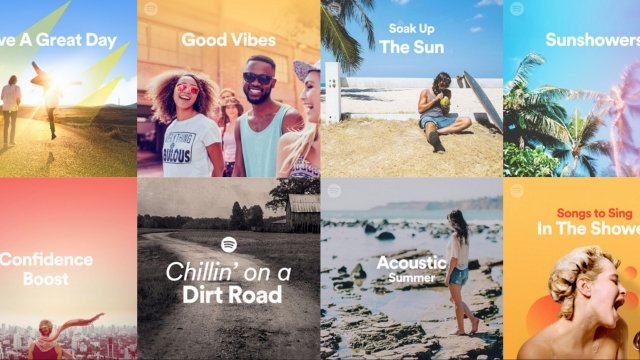 SMS
That Spotify Playlist You're Listening To Might Feature 'Fake Artists'
By Casey Mendoza
By Casey Mendoza
July 12, 2017
Spotify is denying these accusations, but Music Business Worldwide says it has proof.
SHOW TRANSCRIPT

Your favorite playlists on Spotify could be filled with fake artists — and that's bad news for artists and musicians.

The music is generally simple; it's quiet piano pieces or ambient tracks. They're allegedly used to fit the moods and tones of Spotify playlists, and one anonymous source told MBW that using these "fillers" lessens the company's reliance on music labels and helps it avoid paying royalty fees.

Almost a year later, Spotify denied these claims. Spokespeople from the company said: "We do not and have never created 'fake' artists and put them on Spotify playlists. Categorically untrue, full stop."

After Spotify's statements were published, MBW fired back — and this time, it had proof.

So, why is this such a big deal? Critics argue Spotify's allegedly fake artists are garnering millions of streams and getting lucrative placements on popular playlists. That means more competition and fewer spots for real artists.

In the age of streaming music, playlist placement on websites like Spotify is crucial for artists trying to break into the industry. For both independent musicians and artists under major labels, getting placed in a playlist with millions of followers could be the only way they'll attract new listeners.

And Spotify has already been criticized for not supporting independent artists enough. One artist who hit 1 million Spotify streams told Digital Music News he made less than $5,000 from the service — that's less than one-half cent per stream. And the payouts can get even worse for songwriters. Back in June, Spotify paid over $43 million to settle a class action suit with underpaid songwriters.

The settlement is considered by some to be the first big win for artists taking on digital streaming giants, but critics say the digital music industry still has a long way to go.

Like Spotify, Pandora has been criticized in the past for underpaying artists. The songwriter behind Meghan Trainor's "All About That Bass" — a song that was played on Pandora over 178 million times — said he received a little less than $6,000.