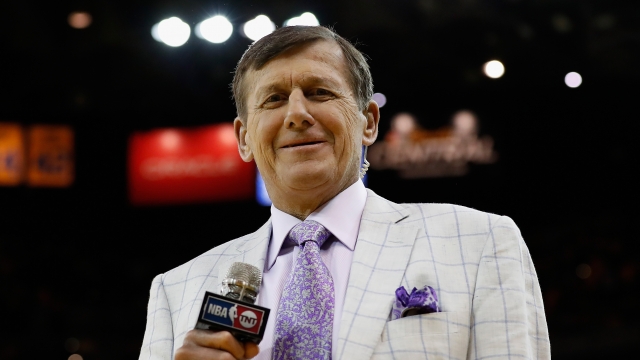 Colorful sideline reporter Craig Sager has died at age 65 after a long battle with leukemia.

During Sager's decades-long career, he became known for his unusual style and the thoughtful questions he asked basketball players and coaches for TNT.

Sager was initially diagnosed with leukemia in 2014. The cancer went into remission, but it returned in 2015. In February, Sager's doctor said he had just 3-6 months to live.

But Sager beat the projection, living long enough to see his 65th birthday and watch his beloved Chicago Cubs win the World Series. Sager bet on the Cubs to win it all 35 years in a row before finally being able to collect his winnings.

Sager made the most of his final year. He got the opportunity to work his first NBA Finals game.

He kept his positive and upbeat attitude and received the Jimmy V Perseverance Award at the 2016 ESPY awards.

And just two days before his death, Sager was inducted into the Sports Broadcasting Hall of Fame.

Sager is survived by his wife and five children.