Sports Authority Is Bankrupt; How Did The Sports Retail Giant Fall? 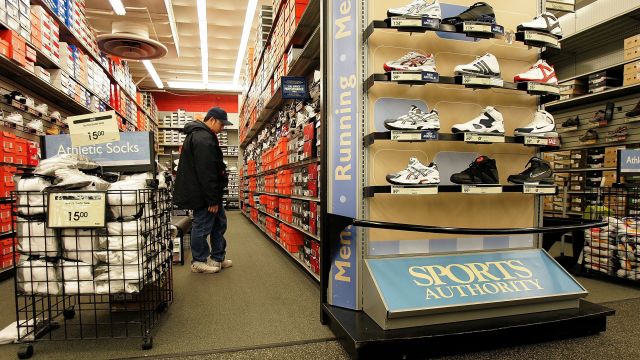 Sports Authority announced it will close or sell 140 stores. It's rumored Dick's Sporting Goods could buy some of those locations.

Once a heavy-hitter in the sporting goods retail business, Sports Authority has fallen on tough times.

The retailer filed for Chapter 11 bankruptcy on Wednesday and announced it will be forced to close or sell roughly 140 of its 450 stores nationwide.

CEO Michael Foss said in a statement, "Due to the changing retail environment, we have a long-term plan to streamline and strengthen our business ... including upgrading our in store experience and enhancing our website."

Some of those 140 stores could be sold to Dick's Sporting Goods, which has only grown while Sports Authority struggled.

Bloomberg blames the Sports Authority's slump, in part, on missing the opportunity to "exploit the fitness boom."

The outlet said, "As big-box giants and online merchants encroached on clothing stores and consumer electronics chains, sports were one of the few healthy areas."

This video includes clips from Sports Authority, Dick's Sporting Good and KMGH and images from Getty Images and Ray Bouknight / CC BY 2.0.