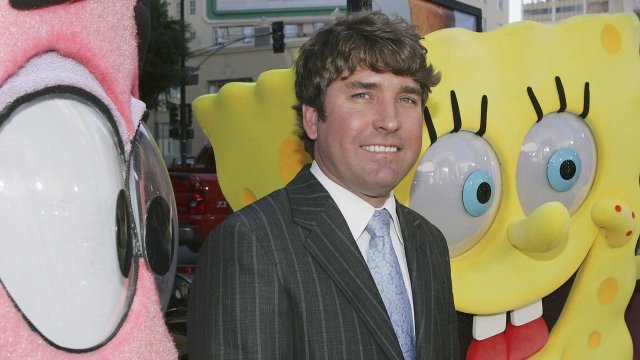 By Caitlin Baldwin
November 27, 2018
The creator of SpongeBob SquarePants and the world of Bikini Bottom has died.
SHOW TRANSCRIPT

Stephen Hillenburg, the creator of "SpongeBob SquarePants," has died following his battle with ALS.

Nickelodeon confirmed the news Tuesday, saying Hillenburg "was a beloved friend and long-time creative partner to everyone at Nickelodeon."

In March 2017, Hillenburg revealed he'd been diagnosed with ALS, also known as Lou Gehrig's disease. He said in a statement at the time that he would continue to work on "SpongeBob SquarePants" for as long as he could. ALS affects the brain and spinal cord. It's known to attack nerves and, as a result, cause muscles to shut down.

Hillenburg said in a 2015 interview with Nickelodeon that he was inspired to create the world of Bikini Bottom by his love of marine biology.

"SpongeBob SquarePants" has aired on Nickelodeon for nearly two decades.