Did Trump Sell All Of His Stock? 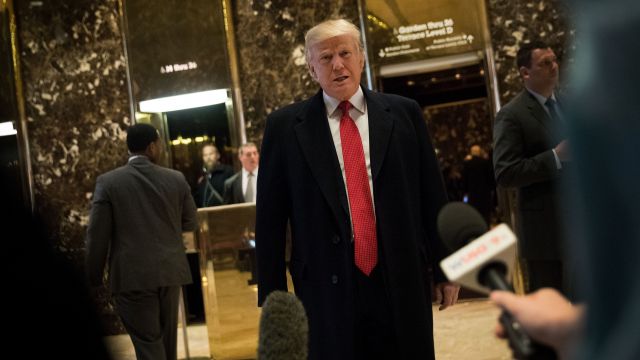 SMS
Did Trump Sell All Of His Stock?
By Jake Jones
By Jake Jones
December 6, 2016
A Trump spokesman says the president-elect sold all of his stock in June.
SHOW TRANSCRIPT

President-elect Donald Trump sold all of his stock investments back in June, according to a spokesman.

We know from a May disclosure filing that Trump's stock portfolio had been up around $40 million.

The filing also shows he owned stock in companies he publicly slams. Those include Amazon, Apple, Ford and Boeing, which Trump most recently criticized for the "out of control" cost for a future Air Force One 747.

If he did sell everything in June, that would line up with a spike in his personal donations to his campaign.

In June, Trump forgave $47 million in loans he'd given to his campaign during the primary battle.

Trump also gave $2 million a month from June through September and $10 million for the final push in October.

Of course, we don't know the extent of the president-elect's financial holdings without access to his tax returns. Trump isn't legally required to file another disclosure form until May 2018.

Once in office, Trump will be required by law to publicize any stock trade of $1,000 or more.