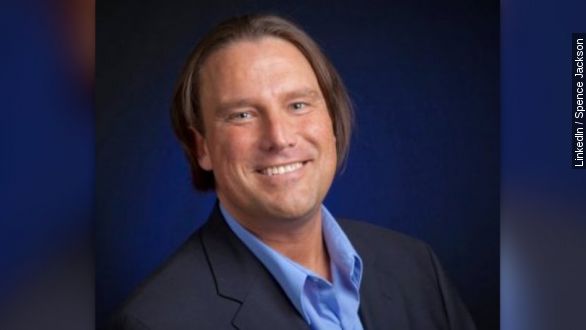 The St. Louis Post-Dispatch first reported about Jackson's death on Monday. An unnamed source told the outlet it was being investigated as a suicide. This comes a month after Schweich's death, which local police have also called an apparent suicide.

Jackson was reportedly found in his apartment in the state's capital Sunday night. He had worked for Schweich and the Missouri State Auditor's Office for the last four years. Previously, Jackson had worked for former Missouri governor Matt Blunt. (Video via KRCG)

Blunt released a statement Monday saying, in part: "Spence was hard-working, well-liked and quick-witted. He will truly be missed."

Investigators say Schweich shot and killed himself in his Clayton, Missouri, home last month. Schweich was in the midst of a campaign for governor and, according to reports, believed he was the subject of an anti-Semitic whisper campaign by fellow politicians. (Video via Tom Schweich)

"This was a horrible, horrible anti-Semitic campaign taken on by John Hancock with Catherine Hanaway's willing consent. She needs to call on him to resign — he needs to resign himself," Jackson told KMIZ.

This video contains images from eagle102.net / CC BY 2.0 and Spence Jackson / LinkedIn.