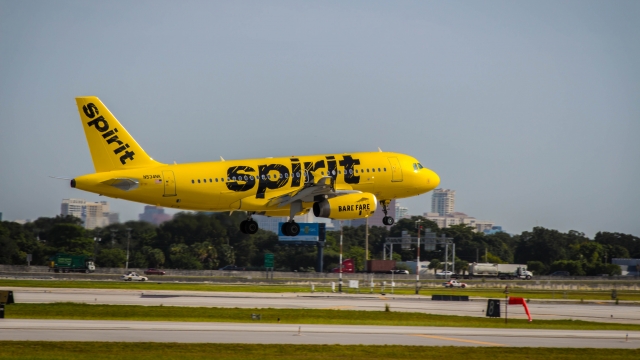 Hundreds of passengers were stranded at an airport in Fort Lauderdale, Florida, after Spirit Airlines canceled nine flights Monday.

When some passengers clashed with airline employees, local law enforcement was brought in.

"Tensions ran high because of the abrupt cancellation," passenger Brionka Halbert told NBC. "Then, we waited two to three hours at the front desk so that our tickets [could] be refunded. It got rowdy."

Officials arrested three people. All were charged with resisting arrest, trespassing after warning, disorderly conduct and inciting or encouraging a riot.

Spirit blamed the cancellations on a legal dispute with its pilots.

Spirit pilots have been trying to negotiate higher salaries for more than two years. 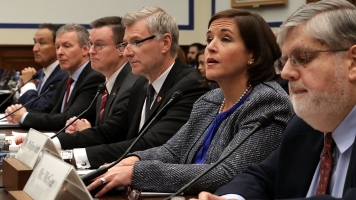 The airline filed a lawsuit against a union representing the pilots Monday. It says the pilots "have been engaged in a pervasive illegal work slowdown" that's led to 300 flight cancellations in just a week.

The lawsuit continues: "The Spirit pilots' concerted refusal to accept junior assignments or pick up open time flying has dramatically impacted Spirit's operations leading to cancellations through its system, and most particularly for flights departing from Fort Lauderdale, Chicago-O'Hare, Detroit, and Las Vegas."

None of this is good for Spirit's customer service. Compared with other U.S. carriers, Spirit ranked dead last on the American Customer Satisfaction Index's 2017 travel report.