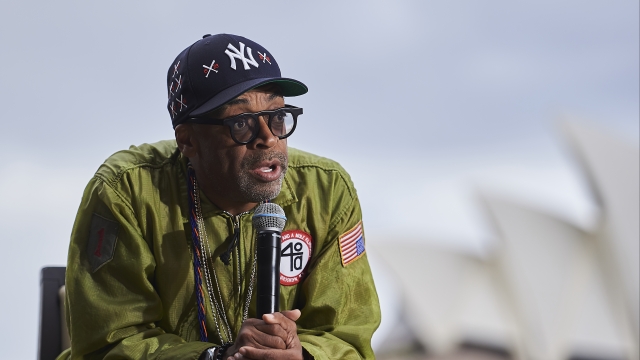 Spike Lee will be the first black president of the jury at the Cannes Film Festival. The festival called him a "pioneer" who has "paved the way for a new generation of African-American directors."

Organizers announced on Tuesday that Lee will be awarding the Palme d'Or at the 73rd annual festival this year.

In a statement, Lee said: "In this life I have lived, my biggest blessings have been when they arrived unexpected, when they happened out of nowhere. When I got the call that I was offered the opportunity to be President of Cannes Jury for 2020, I was shocked, happy, surprised and proud all at the same time."

Lee also spoke about the great impact Cannes has had on his career. Most recently, his 2018 film "BlacKKKlansman" won the Grand Prix at Cannes as well as an Academy Award for best adapted screenplay. He also noted his first feature film, "She's Gotta Have It," won the Prix de la Jeunesse in Cannes' Director's Fortnight in 1986.

Festival organizers said "Cannes is a natural homeland and a global sounding board for those who (re)awaken minds and question our stances and fixed ideas." They welcomed Lee, saying his "perspective is more valuable than ever."

The jury selection will be announced in April, and the festival begins on May 12.