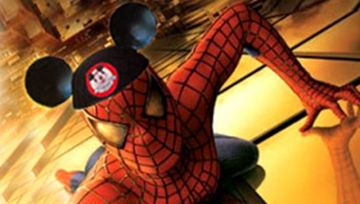 SMS
Spidey Meets Mickey
September 2, 2009
Disney has bought Marvel for $4 billion. Some media sources say that this is a good move, but others say that the merger will result in a misfit of cultures.
SHOW TRANSCRIPT

Disney has bought Marvel for $4 billion. Some media sources say that this is a good move, but others say the merger will result in a misfit of cultures.

We take a look at perspectives from FOX Business, the New York Post, The Wall Street Journal, MTV and CNBC.

FOX Business speaks to former chairman of Marvel Comics, Stan Lee, who says he is for the move.

But a writer for the New York Post says fans are unhappy about the mix because they say Marvel and Disney characters don’t fit.

“I think this is going to work out perfectly. It’s like.. it’s completed the circle. Marvel and Disney.” (FOX Business)

“For some comic heads and cartoon freaks, the marriage of Snow White to Wolverine isn't made in heaven.” (New York Post)

But from a business angle, a reporter from The Wall Street Journal says this is a strategic move because after the merger, products can reach out to a bigger market.

“The one thing that Marvel has done really well is that they’ve created these very distinct characters that play in movies; they play in comics; they play in toys; they play in theme-parks; and importantly for Disney, they play to males, and to boys. Whereas a lot of Disney’s characters in movies are more oriented to young girls. So it does serve that strategic purpose for them, both near-term and long-term.”

But a writer for MTV sets business aside and sees trouble for Marvel’s free spirit.

“Marvel exploded over the past few years because of its newfound independence, making movies like ‘The Incredible Hulk’ and ‘Iron Man’ exactly how they wanted to. Now they'll have to answer to a larger company known for its desire to avoid controversy and its history of clashing with independent-minded filmmakers.”

Looking to the future, an analyst on CNBC says this acquisition is necessary for Disney to develop.

“And also the important thing to look at here as well, is what they’ll be able to bring onto the Disney Channel – the media network that is highly important. I think it’s great deal. It’s exactly what Disney needed to do to organically grow.

So what do you think? Who wins in this deal? Fans, Marvel or Disney? Or all three?