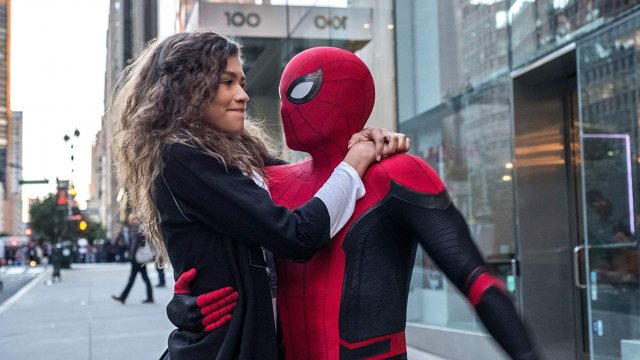 Crushing the box office this Independence Day weekend is "Spider-Man: Far From Home" bringing in an estimated $93.6 million in the last three days and a grand total of $185 million since its Tuesday release.

But in comparison to other Independence Day releases, Tom Holland's second solo Spider-Man flick is one of the best ever. "Spider-Man: Far From Home" is the second-biggest Independence Day weekend opener ever — only falling behind "Transformers: Dark of the Moon" which I can assure is an inferior film. Not sure if that makes Spidey and company feel better or worse.

Speaking of good and not-so-good movies Marvel's reboot of the Spider-Man character continues to be a critical darling. "Far From Home" carries a 91% on the tomatometer.

Following an iconic pop culture moment like "Avengers: Endgame" and continuing the multi-billion dollar Marvel business is no small feat but it seems your friendly neighborhood Spider-Man is up for the job.

Continuing the Disney domination at the No. 2 spot is "Toy Story 4" bringing in an estimated $34 million in its third weekend out and pushing its worldwide total to $650 million.

And finally holding on to the No. 3 spot is "Yesterday" bringing in an estimated $10.7 million in its second weekend out.

As for next week, it was only a matter of time before we got a movie about ride-sharing.