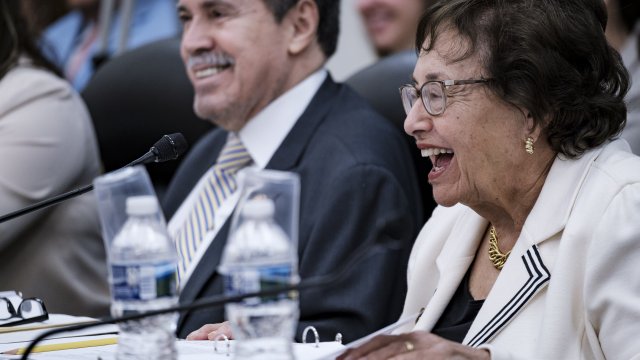 A historic bipartisan spending bill is officially on the table.

"Do something! Another life cannot be lost by a gun violence incident," House Appropriations Chairwoman Nita Lowey said.

Lowey secured $25 million for gun violence prevention research. She said funds would be evenly divided between the Centers for Disease Control and National Institutes of Health.

"Let us support federal research into the causes of gun violence," U.S. Rep. Rosa DeLauro said. DeLauro also backed the bill. She says research would help us better understand the correlation between domestic violence and gun violence, how to safely store guns, and how to reduce suicide by firearms.

It's been over 20 years since the federal government funded gun violence prevention research. The freeze started back in 1996 when Congress passed the Dickey Amendment. It prohibited the CDC from using federal funds to "advocate or promote gun control," and removed funding for research. The National Rifle Association largely supported this amendment.

Christian Heyne, vice president of the Brady Campaign to Prevent Gun Violence, praised the bill. He said, "Students graduating from college this spring have never lived in a United States where the federal government studied this issue. That ends today."