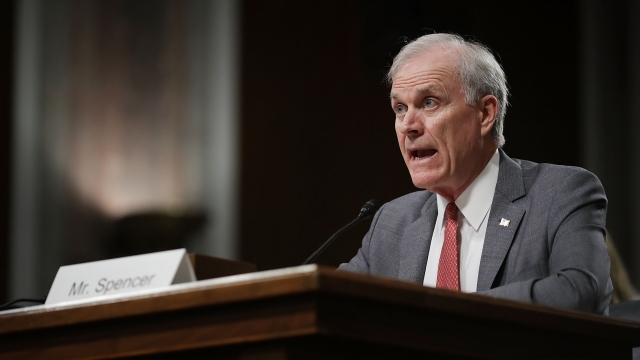 The ousted Secretary of the Navy penned an op-ed to spell out the lessons he thinks the nation should learn from his firing.

Richard Spencer was forced to resign on Sunday for how he handled the Edward Gallagher case. Gallagher was a Navy SEAL accused of multiple war crimes, including murder. A military trial cleared him on all charges except for taking a picture with a corpse. The case, what happened after it, and Gallagher's retirement rank became a major point of controversy.

In Spencer's op-ed in the Washington Post Wednesday, he admitted he should have kept Defense Secretary Mark Esper up to date on all his actions and negotiations in the Gallagher case. But he called President Trump's meddling "shocking and unprecedented."

In March, before Gallagher's trial, Spencer said President Trump called him twice and asked for the Navy SEAL's confinement to be lifted. After the verdict, Spencer sent a letter to the White House asking the president not to get involved in decisions about Gallagher's departure from the Navy. However, the White House responded and said the president would remain involved.

In mid-November, President Trump stepped in again, declaring Gallagher would be able to keep his Trident pin, which signifies his service with the SEALs.

Spencer said President Trump's continued interference "was also a reminder that the president has very little understanding of what it means to be in the military, to fight ethically or to be governed by a uniform set of rules and practices."

The former Navy Secretary wants the public to know the military has robust procedures in place to monitor the health and well-being of its members. He also said our allies should still consider the U.S. a "force for good" and he asked them "to please bear with us as we move through this moment in time."