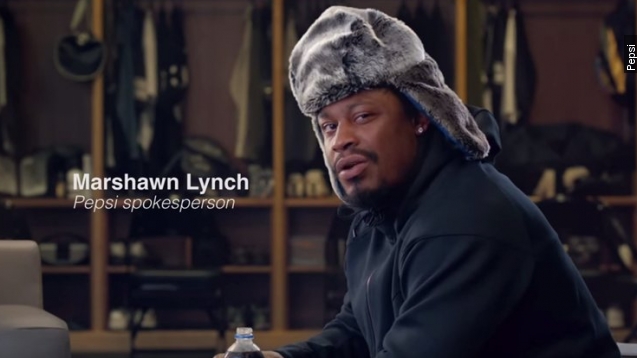 Seattle Seahawks running back Marshawn Lynch is really good at football ... and not talking to the media.

But that doesn't mean the five-time Pro Bowler isn't marketable. (Video via ESPN)

"'Pepsi's all about trying something new. Give it a shot.' So I said, 'OK. As long as I don't have to speak.' And they said, 'OK. Would you at least move your lips?'" Lynch says in the commercial.

Looks like he's definitely got a sense of humor.

The 30-second ad for Pepsi has gained tons of praise on Twitter, received a nearly perfect rating on YouTube and turned into a trending topic on Facebook.

While endorsing Pepsi might be new ad venture for Lynch, he's actually been a spokesman for Skittles for a few years now with similar success.

Word of advice: It's always a good idea to hand things off to Marshawn.