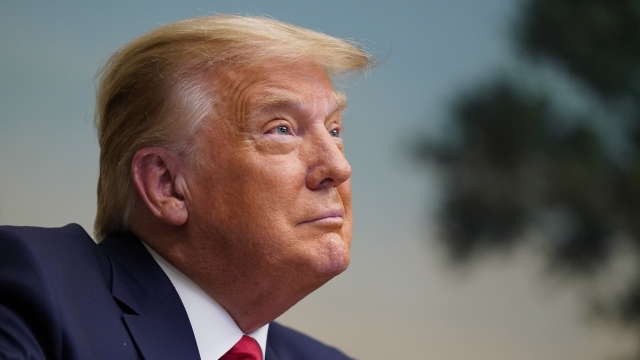 Pardons have become a major focus of President Trump's final weeks in the White House.

The heavily redacted documents show prosecutors have investigated whether intermediaries offered to funnel money as political contributions in exchange for a presidential pardon.

The filings indicate that a lawyer for the convict had discussions with the White House Counsel's Office. It's unclear whether the conversations were part of the scheme or about the convict's case more broadly.

They don't show a timeline or any of those potentially involved, and no one appears to have been publicly charged with a related crime to date.

President Donald Trump tweeted Tuesday night, "Pardon Investigation is fake news!" And his allies have denied any allegations of wrongdoing.

"I have heard no mention of any pardons in any conversations I have had in the White House," White House press secretary Kayleigh McEnany said Wednesday during a press briefing.

Shortly after the revelations, several news outlets also reported the president is weighing preemptively pardoning his children, his son-in-law and his personal lawyer Rudy Giuliani. It's unclear what crimes the president would pardon his children or other family members for.

"You can't pardon someone ahead of the time that they actually commit a crime. That kind of preemptive pardon is impossible," Laurence Tribe, a professor of constitutional law at Harvard University, said in an interview.

The Justice Department has not responded to a request for comment.