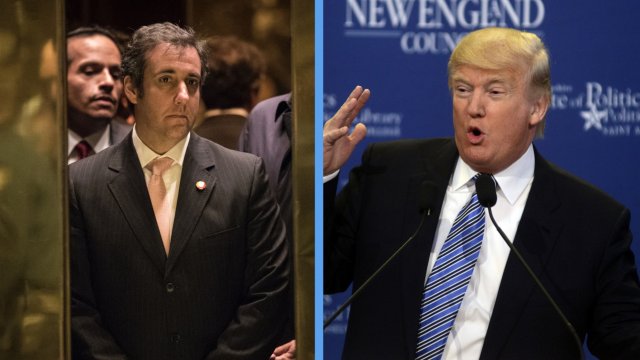 He said: "BuzzFeed's description of specific statements to the Special Counsel's Office, and characterization of documents and testimony obtained by this office, regarding Michael Cohen's Congressional testimony are not accurate."

Buzzfeed's editor-in-chief responded to Mueller's statement on Twitter, saying the news organization, "stand(s) by [its] reporting and the sources who informed it," and urged Mueller "to make clear what he's disputing."

Here's some background: Cohen pleaded guilty to lying to Congress back in late November. According to court filings, he lied about his communication with Russians, negotiations to build a project in Moscow, and what he told "Individual 1" about the project. "Individual 1" is presumably President Trump.

The heads of the House Intelligence and Judiciary committees both pledged to investigate that accusation.

If the reports are true, the president's alleged actions are the textbook definition of obstruction of justice.

President Trump's attorney Rudy Giuliani responded to the claims saying, "Michael Cohen is a convicted criminal and a liar. ... Today's claims are just more made-up lies born of Michael Cohen's malice and desperation, in an effort to reduce his sentence."

The commander-in-chief called the piece "a disgrace to our country [and] to journalism." In a tweet, President Trump said it was a "very sad day for journalism."

Cohen is scheduled to testify before a third group of lawmakers, the House Oversight Committee, on February 7. Presuming that hearing happens as scheduled, it wouldn't be surprising if lawmakers ask about these accusations.