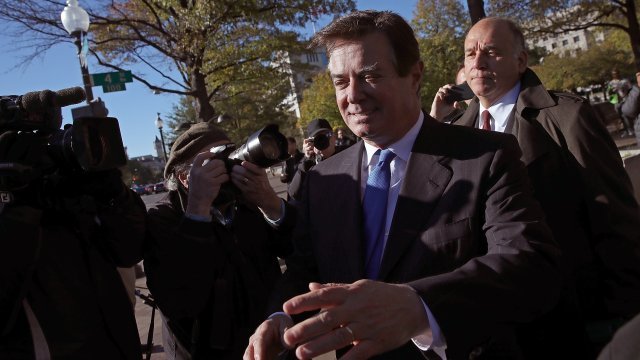 A federal judge has ordered the special counsel to reveal the names of unidentified people in the case against Paul Manafort.

Prosecutors say these people were part of Manafort's alleged scheme to lobby for Ukraine without registering as a foreign agent in the U.S.

This might not mean too much, though. In a court filing, a judge stated many of these names are already known or have been revealed in news reports. And as Politico notes, two former officials in Europe admitted to doing lobbying work for Ukraine but deny taking money from Manafort.

The judge ordered the names to be turned over to Manafort's legal team by Friday. That's the same day a judge will decide whether Manafort will have to await his trial in jail after prosecutors accused him of witnesses tampering.