The House Might Vote On 2 Immigration Bills This Week 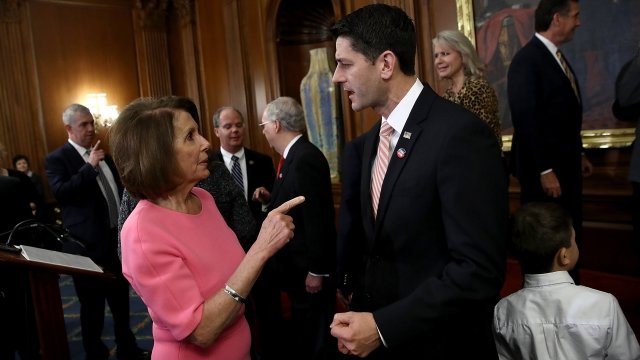 The White House said the president would sign both bills if they reached his desk.

Two immigration bills may come up for a vote this week in the House of Representatives.

You might recall then-candidate Donald Trump mentioning the first one on the campaign trail.

Senate Majority Leader Mitch McConnell didn't get enough support to have the bill considered on the Senate floor.

Attorney General Jeff Sessions released a statement Wednesday urging the House to pass Kate's Law and the No Sanctuary for Criminals Act.

That bill would punish so-called "sanctuary cities" and states that don't go along with federal immigration policies by withholding certain federal funding.

The White House has also put out statements in support of the bills. The statements say the president's advisers would recommend Trump sign both bills if they made it to his desk in their current form.

Democrats plan to oppose both bills.