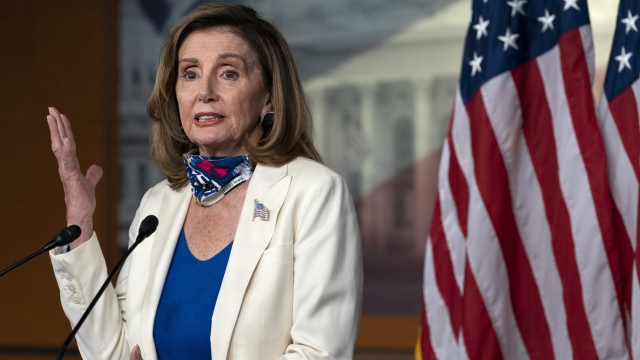 On Twitter, the president called for an abrupt end to negotiations. Later Tuesday night, he tweeted that he'd sign a standalone bill for direct payments to Americans — asking Speaker Pelosi if she'd sign it. Pelosi has generally rejected a piecemeal approach to COVID relief.

In her response to the president, she also defended Democrats' proposal for relief, including asking for funds for state and local governments.

"We have such great provisions in the bill, not that they agree to all of them yet, but we were on a path," Pelosi said. "It abandoned our workers, what we need to do for America's working families. They abandoned our fight to crush the virus, which they have ignored and that we insist upon in this bill."