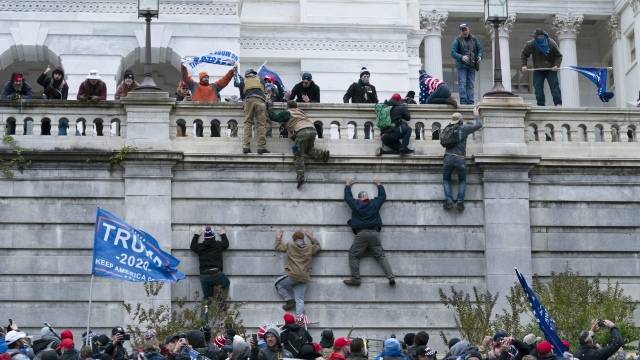 A new committee to investigate the Jan. 6 insurrection at the U.S. Capitol would have 13 members and the power to subpoena witnesses, according to legislation released by House Speaker Nancy Pelosi. The House is expected to vote on the bill this week.

The effort comes after Senate Republicans blocked the formation of an independent, bipartisan commission to probe the attack, in which hundreds of former President Donald Trump’s supporters violently broke into the Capitol and interrupted the certification of President Joe Biden’s victory.The new, partisan House panel would have eight members appointed by Pelosi and five appointed “after consultation with” Republican Leader Kevin McCarthy. A Pelosi aide said the speaker is considering including a Republican among her appointments, which would bring the likely partisan split to 7-6. The aide was granted anonymity to discuss her thinking.

Pelosi said in a statement Monday that Jan. 6 was “one of the darkest days in our nation’s history” and that the committee will seek the truth about it.

“The Select Committee will investigate and report upon the facts and causes of the attack and report recommendations for preventing any future assault," she said.

Many Republicans were concerned about such a partisan probe, since majority Democrats are likely to investigate Trump’s role in the siege and the right wing groups that were present for it. Almost three dozen House Republicans voted to create an independent panel, which would have had an even partisan split among members. Seven Republicans in the Senate supported moving forward on that bill, but that was short of the 10 Senate Republicans who would be necessary to pass it.

As laid out in Pelosi’s legislation, the new select committee would have subpoena power and no specific end date. The panel can issue interim reports as it conducts the probe.