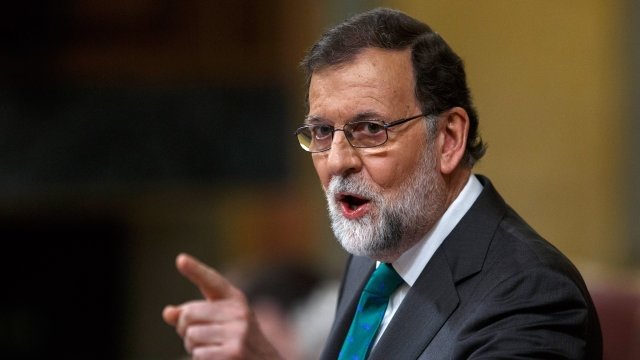 Rajoy is in trouble after a former treasurer for his ruling party was sentenced last week to 33 years in prison for fraud and money laundering. The judge also fined Rajoy's party saying it benefited from the former treasurer's actions.

The Basque Nationalist Party was considered the swing vote. On Thursday, it tweeted that it would vote against Rajoy in the no-confidence motion.

If Rajoy is forced out, it could trigger a second political crisis in southern Europe, where Italy's currently struggling to form a government after no clear party won a majority in the country's March 4 elections.