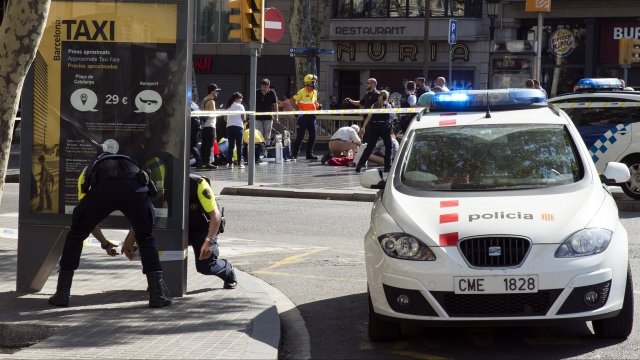 Authorities in Spain say several people were killed in a shootout related to Thursday's terror attack in Barcelona.

Police say four suspects were killed and one was arrested in the raid. The shootout occurred several miles south of Barcelona.

The terror attack led to the deaths of at least 13 people after a white van drove through a crowd of people in the city. Over 100 people were injured.

ISIS has not explicitly claimed responsibility for the attack, but its media wing did put out a statement praising the attackers.

On Wednesday, a house exploded in a city 120 miles southwest of Barcelona, killing one person. Police now say the explosion is linked to Thursday's attack

Police have arrested two men in connection with the attack.