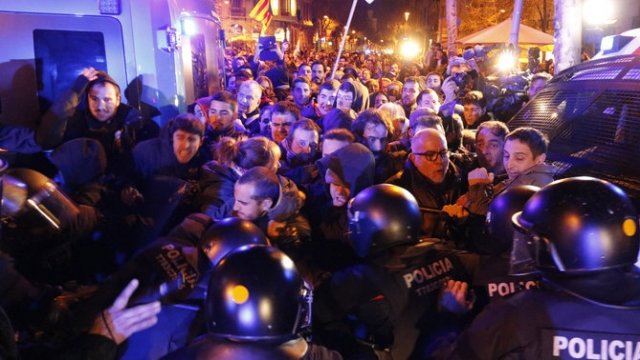 Separatist supporters took to the streets in Catalonia to protest the detention of five more independence leaders.

A coalition of separatist parties maintained a fragile majority after special elections. But no government has been formed, which could force the Spanish region to hold a new election.