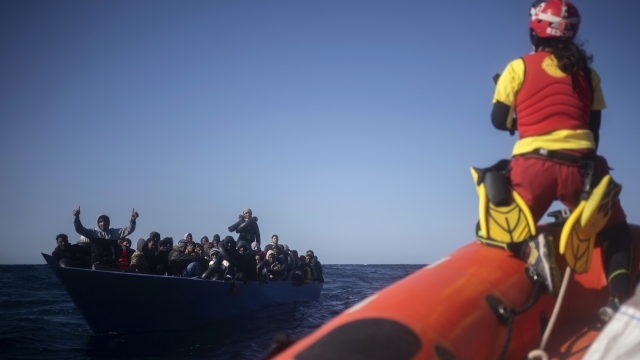 SMS
Spanish Humanitarian Ship Seeking Port of Safety
By Meg Hilling
By Meg Hilling
January 3, 2021
The ship has 265 rescued immigrants onboard, including dozens from the African nation of Eritrea.
SHOW TRANSCRIPT

A humanitarian ship with 265 rescued migrants onboard was seeking a port of safety in the Mediterranean Sea Sunday.

The Associated Press reports that the ship, with Spanish flags, had carried out two rescue operations in recent days. Many of the 96 migrants who were rescued on Saturday are said to be from East Africa's Eritrea and are suffering from hypothermia.

Saturday's rescue reportedly found the migrants adrift in a wooden boat without life vests, a sight that has become increasingly common in the Mediterranean recent years. Migrants fleeing persecution and poverty have been making the treacherous journey in an attempt to find asylum in Europe.

In recent years, Italy and Malta have become known for refusing to allow humanitarian ships to dock, insisting that more European countries need to help handle the influx of migrants.