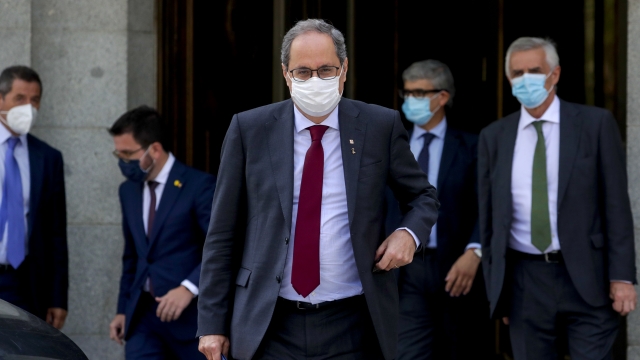 The court banned Catalonia's outgoing separatist president Quim Torra from holding office for the next 18 months. It ruled Torra defied an order to remove signs which supported the separation of Catalonia from Spain ahead of a 2019 election.

Demonstrators who support Torra marched down Barcelona streets demanding independence, with some throwing pig heads at police, and others setting fire to trash cans.

Torra said the ruling violated his freedom of expression. However, the court says his actions defied the orders of a constitutional body. Torra says he will appeal to the European Court of Justice, which he said is, "the only place where Catalan pro-independence activists can find justice."

The Spanish government urged the region to hold another election as soon as possible.