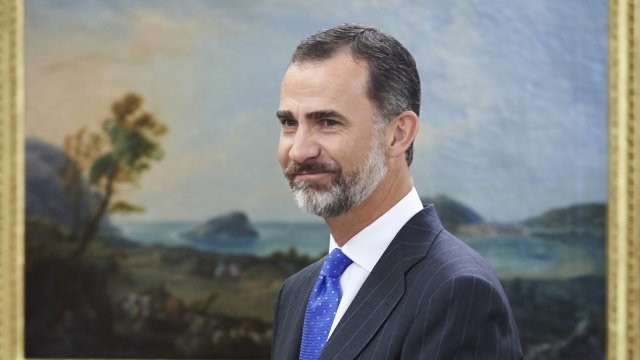 In a rare and strongly worded address, King Felipe VI of Spain condemned Catalan officials, saying they "tried to break the unity" of the country by holding a referendum on independence.

On Tuesday, the Spanish monarch said, "They have broken the democratic principles of every rule of law and have undermined harmony and coexistence in Catalan society itself, unfortunately coming to divide it.

"These are difficult times, but we will overcome them. These are very complex moments, but we will move forward. Because we believe in our country, and we are proud of who we are," the king continued.

The king's televised speech is extremely unusual. Spain's monarch doesn't traditionally get involved in daily politics and typically only addresses the nation around Christmas.

Still, King Felipe's message falls in line with the Spanish government, which declared Catalonia's referendum unconstitutional prior to Sunday's vote.

The Catalan government says 90 percent of the roughly 2.26 million people who cast ballots voted in favor of separating from Spain. Voter turnout was almost 43 percent.

At this point, chances seem slim that the two sides will come to some sort of agreement.

The Spanish government is refusing to negotiate, while Catalonia's president previously said he was willing to go to prison over the referendum. He told the BBC Catalonia could declare independence from Spain as early as the end of this week.