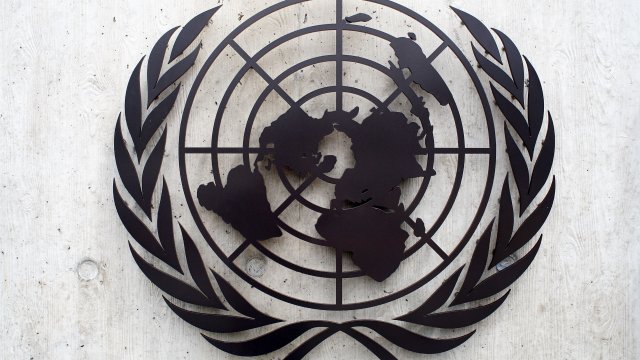 SMS
Spain Offers To Host U.N. COP25 Environmental Summit
By Briana Koeneman
By Briana Koeneman
November 1, 2019
The executive secretary of the U.N.'s Framework Convention on Climate Change announced the offer after Chile had to back out of hosting the summit.
SHOW TRANSCRIPT

After Chile announced it will no longer host the United Nations COP25 environmental summit, Spain has offered to host the event instead.

The executive secretary of the U.N.'s Framework Convention on Climate Change announced the offer in a statement Thursday. She said Spain proposed holding the conference in Madrid on the same days as previously scheduled — between Dec. 2 and Dec. 13. She said she's hopeful the COP bureau will consider the potential solution as soon as possible.

Chile's president said the decision to back out from hosting the summit is "painful" for the country. He cited the "difficult circumstances that our country has experienced" as the reason for the withdrawal.

Protests in Chile began in mid-October following a subway fare hike in the nation's capital. But they've spiraled into a series of violent skirmishes between security forces and demonstrators. Nearly 1 million protesters took part in a peaceful march over the weekend, calling for an end to financial inequality in South America's wealthiest nation.