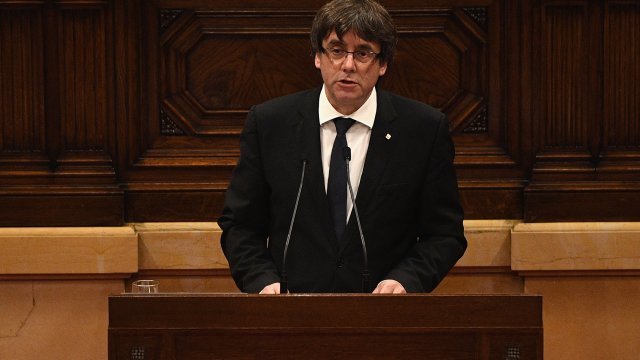 A Spanish judge put out an international arrest warrant for Puigdemont and four of his allies. Nine other former Catalan officials have already been taken into custody and are facing sedition charges.

Puigdemont spearheaded a popular referendum calling for Catalonia to break away from Spain. An eventual declaration of independence from the regional parliament led Spain to reassert direct rule in the territory.

A spokesperson for the Belgian federal prosecutor's office told The New York Times it has received Spain's arrest warrants. The spokesperson says the extradition process could take up to two months with appeals.

Puigdemont has said he might stand for election to get his old job back and could run a campaign from Belgium if he has to. Elections to replace Catalonia's dissolved parliament will be held in late December.