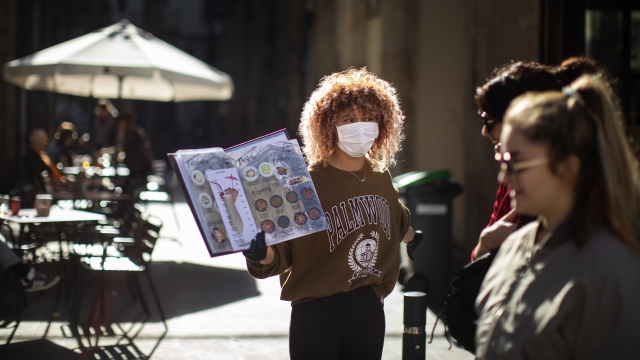 By LeeAnne Lowry
March 13, 2020
The state of emergency will give Spanish officials more power to confine the movement of people, vehicles and goods.
SHOW TRANSCRIPT

Spain has declared a state of emergency in response to the rapid spread of coronavirus.

Prime Minister Pedro Sanchez made the announcement Friday, but it still needs to be formally approved at a cabinet meeting Saturday. The state of emergency will give Spanish officials more power to confine the movement of people, vehicles and goods for up to 15 days.

On Friday, the head of the World Health Organization said Europe is now the "epicenter of the pandemic." Spain has the second largest outbreak on the continent. More than 4,300 people in the country are confirmed to have the virus. Over 120 people have died, while 193 have recovered.

The state of emergency follows an announcement banning foreign nationals from entering the U.S. if they've visited the Schengen area — which includes Spain — in the past 14 days.

Correction: A previous version of this story incorrectly said the travel ban had already gone into effect Friday afternoon. It takes effect at midnight Friday. This story has been updated.