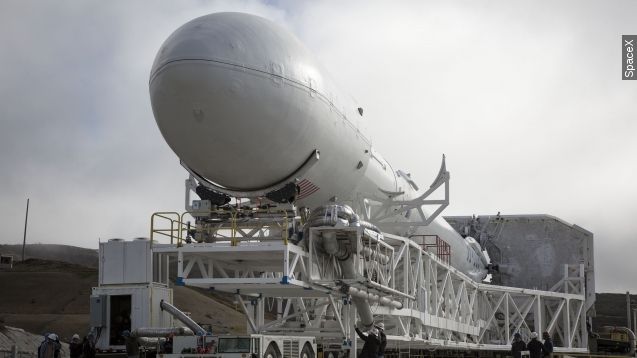 SMS
SpaceX Still Can't Land A Rocket On Its Floating Landing Pad
By Steven Sparkman
By Steven Sparkman
January 17, 2016
SpaceX carried out another successful launch Sunday, but it wasn't able to land its Falcon 9 rocket intact on a floating barge.
SHOW TRANSCRIPT

Looks like SpaceX wasn't able to keep the momentum going in its quest for reusable rockets.

The company launched a satellite into orbit Sunday, which will allow government agencies to track changes in the world's oceans. But its attempt to land a Falcon 9 rocket intact on a floating barge after launch wasn't as successful. (Video via NASA)

"It was a slightly harder landing than we expected, and it looks like one of the landing legs may have broken. ... Unfortunately, we are not standing upright on a drone ship at the moment," a SpaceX spokesperson said.

The attempt comes less than a month after the company managed to land one of its rockets safely back at the launch pad. The goal is to save money by launching rockets multiple times instead of dropping them in the ocean.

But in a lot of ways, landing on a barge is trickier than landing at the launch pad. SpaceX tried it twice last year, and both attempts ended in fiery explosions.

If SpaceX ever does stick the landing, it will be a big step toward reusability. Some missions take more fuel, meaning the rocket can't make it back to the launch pad, and a barge in the ocean is the only chance for recovery.