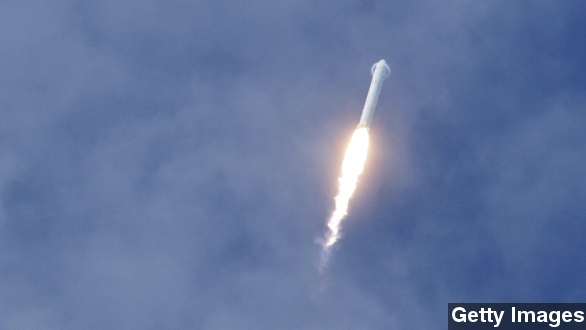 By Evan Thomas
August 23, 2014
The private spaceflight company says it is preparing a thorough investigation into Friday's mishap.
SHOW TRANSCRIPT

Private spaceflight company SpaceX lost a rocket in Texas this week, when an unmanned version of the company’s Falcon 9 vehicle exploded shortly after liftoff on Friday.

KWTX was on the ground nearby.

“The company says discovering problems is exactly why it's important to have test flights. No one was hurt, thank goodness. SpaceX says an internal system set off the explosion when something was wrong.” (Video via WRC-TV)

In a statement released after the mishap, SpaceX did say it had been pushing closer to the limits of the Falcon 9’s capabilities with this test than with previous launches.

But the abortive test does appear to be the exception for SpaceX, not the rule. Earlier this month the company sent the AisaSat 8 satellite to orbit from Cape Canaveral aboard a Falcon 9, with no problems. (Video via SpaceX)

CBS points out “the test failure Friday was the first catastrophic mishap in the test program's history.”

NBC called it “arguably the program's highest-profile failure by far.”

It is rocket science, after all. The vehicles remain, by Elon Musk’s technical assessment on Twitter, “tricky.” SpaceX now plans to analyze everything it can about the mishap before it resumes testing.