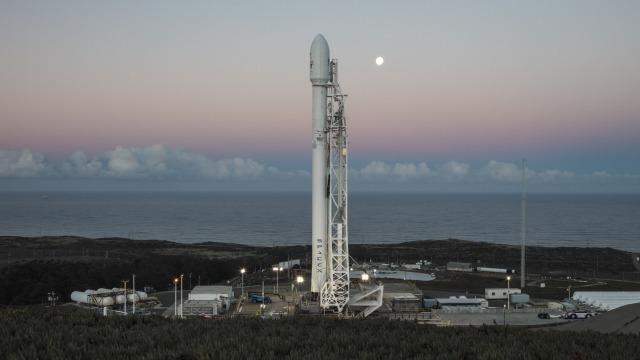 SMS
Why Rocket Explosions Aren't Dampening SpaceX's Ambitious Plans
By Evan Thomas
By Evan Thomas
January 14, 2017
The company wants to eventually get to Mars, so it's planning quite a few launches until then to make some money.
SHOW TRANSCRIPT

SpaceX is back. On Saturday, it launched a rocket for the first time since September, but it has a lot of ground to make up.

"Every launch is a nerve-wracking, emotional — significant emotional event," SpaceX's Gwynne Shotwell said. "I think this flight will be a little more nerve-wracking than normal."

The successful launch was the first of seven that will carry a constellation of communication satellites. SpaceX plans to ferry the rest to orbit over as little as 14 months with regular flights.

It might be strange to call a rocket company "plucky," especially one that gets government contracts and wants to eventually send people to Mars. But right now it's a good fit. 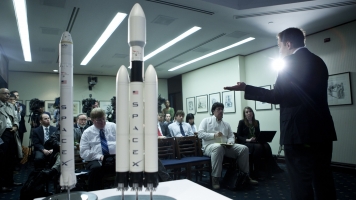 SpaceX Finally Explains Why Its Rocket Exploded In September

SpaceX doesn't have the launch volume of its rivals yet, and those competitors haven't had to stop and restart their launch schedules because of rocket failures.

That speed makes sense when you look at the 70-plus launches in the company's cramped backlog and the need for profits. Mars expeditions aren't going to fund themselves.