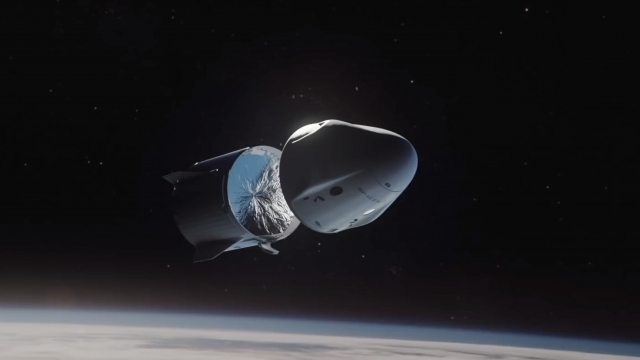 Four people will get the chance of a lifetime: to view Earth from space and break a world record. On Tuesday, Space Adventures said SpaceX will fly four space tourists into space.

SpaceX signed a deal with Space Adventures, which said this will "be the first orbital space tourism experience provided entirely with American technology." The company has flown private citizens to the International Space Station in the past, but it used Russian spacecraft.

This mission will launch from Cape Canaveral in Florida. The exact date hasn't been released yet, but it could be anywhere between the end of next year and early 2022 and will reportedly last five days. Space Adventures said four people will get the chance "to break the world altitude record for private citizen spaceflight."

SpaceX's president and COO said, "This historic mission will forge a path to making spaceflight possible for all people who dream of it."

Those four people will be launched into orbit using the Crew Dragon capsule, which is designed to fly astronauts to the International Space Station for NASA. The Dragon spacecraft can carry up to seven passengers, according to SpaceX.

It's unclear how much the mission will cost per person.